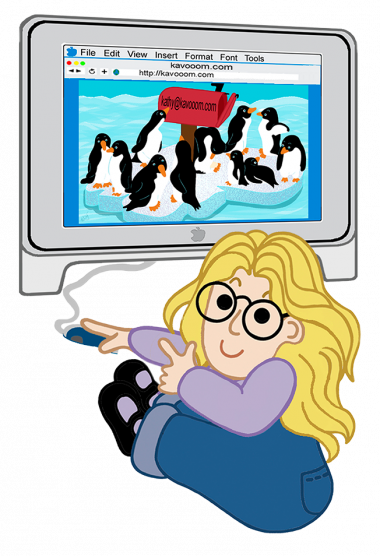 As early as I can remember I loved to color and draw, recreating the scenes from Lady and the Tramp and dreaming of a career with Walt Disney, or trying to draw Rocky and Bullwinkle like Doug, who sat next to me in 7th grade.

I have always been driven by a need to create. No matter what else is going on, some piece of artwork is always in progress. I have worked in many areas such as drawing, painting, weaving, sewing, doll making, quilting, and collage. Children’s stories are always in progress and characters insinuate their way into my brain.

Whimsical illustration would best describe my current focus. I am constantly drawing animals doing people-like activities with a bit of a giggle mixed in. I have written, painted and published 6 children’s storybooks. I have also published a picture book memoir of living in Yellow Springs.

Nowadays, I draw my illustrations by hand or directly on computer and then paint them digitally. I print them using archival inks and archival matte paper. I work on an Apple computer in Photoshop using a digitizer and pen. I can use this pen as a pencil, brush, or an airbrush and have access to endless colors. The computer affords me a flexibility I didn’t have when working with pen and ink. Having learned to use the computer while working for 15 years drawing home building plans, I found it incredibly liberating to start using it for my art. I can build my image as you would build a story, layer by layer. I can size and rework my compositions. I can store and reuse characters. And I always like to note: no animals were injured in the making of this art.

I was born and lived my childhood on Westmoreland near 7 Mile and Evergreen, in Detroit, Michigan. When I was a teenager, I was transplanted a number of times. We moved to Arlington Heights, Illinois, a Chicago suburb; to Westport, Connecticut, an hour’s train ride from New York City; and Mound, Minnesota outside of Minneapolis. I think I gained a lot from the changes and from meeting new people, but the starting over so many times, in such large ponds, made me feel invisible.

I found myself in the small village of Yellow Springs in 1972 after marrying Hays, my high school sweetheart. He was attending Antioch College and I became an Antioch spouse. A bit shy, a bit of an introvert, I was not sure I would ever fit in, even in this smaller pond. Like a turtle, I would peek my head out now and then, only to retreat back into my shell, but I went on living my life, building a family, and making a home. All the while I was working on my art.

In the summer of 1972 Annie and I ran a traveling arts and crafts program called Caravan Crafts funded by a grant from The Ohio Arts Council. We carried art supplies from playground to parking lot to community center, hoping to inspire any child who came to participate. During these early years I also worked at the local children’s center which inspired me to begin work on my own children’s book, Six small Rabbits.

In 1974 after returning from my husband’s co-op in Arizona, where we saw beautiful Navaho weavings, I found work outside of town at a shop called Yellow Springs Strings. It was there that I learned to spin yarn and weave, blending the wonderful, colorful yarns into blankets and scarves. Then in 1975, after the birth of our daughter, I wove my way through mommy groups into a quilting group. In the early ‘80s I joined a new artist’s cooperative, Village Artisans and sold some of my quilted wall hangings during that first year. To this day, I still love to piece together colors and shapes.

In the mid 1980s I worked at Bingenheimer Design doing paste up and type setting on computer. This led to a chance at designing a sign for a new housing development. 1988 brought a chance to work for local builders drafting house construction plans on computer and that led me to my own business, KatCAD. I worked at that for about 15 years. This work, along with our old home, whose beauty we were trying to rediscover, monopolized all of my creative time for quite a while.

The first time I put my artwork up for review was in 1993. I had a one woman show at The John Bryan Community Center hosted by the YSAC called, “I want to be an artist when I grow up”. In that same decade I designed posters and program guides for an event, Women’s Voices Out Loud, as well as several banners for the Yellow Springs Banner Festival.

Somewhere in the mid ‘90s I joined the artist’s cooperative, Village Artisans for the 2nd time. I drew my whimsical characters with pen and ink, had them color copied at Kinko’s and then pasted them up as notecards to sell. It was at this time that I created the collage for my second children’s book, Calico Kittens and started on the artwork for my third, You Have to Get All of Your Toes In.

In 2000 I was honored to illustrate a novella by Suzanne Clauser titled “The Glad Season”’ a story about two cats who adopt each other. It was published by Disc-us Books, Inc. and can be found at Amazon.com.

Then one day I looked up and discovered that I had truly become a Yellow Springer, maybe a not-so-vocal-local, but nevertheless a Yellow Springer. This little village seemed to fit me, or perhaps I had come to fit it, I am not sure which. I found that I had become comfortable with myself, that I was one-of-a-kind in a community that celebrates the single voice.

Using the computer skills I had acquired working at the design studio and drafting houses, I began to create images of My Town, but with an artistic license. Having long since accepted that cute was what I did best and with my cat Phyllida as my muse, I decided to put my animal characters into my town. I felt that they could best tell my jokes and express my delight in this place we had found that tries to embrace everyone. I wanted to create images of Yellow Springs, but in my own coloring book, children’s-story-loving way. In My Town, the diversity of my characters would represent the diversity Yellow Springs strives for and the colors of my canvas would reflect the beauty that I see.

In 2007, and again in 2008 I had a show at The Winds Café displaying approximately 30 My Town images each time. These pieces seemed to arrive at just the right time to tickle people’s fancy. These shows led to me rejoining Village Artisans for the third time to sell my cards and books there for 13 years more, from 2007-2020. The Yellow Springs images also led me to write my book, My Town ~ The Muses of a Not So Vocal Local.

Nowadays, my prints can be ordered by contacting me through this web site. Art can be purchased as note cards or ready to frame. All pieces are printed upon request on an Epson Stylus Pro 4000 on archival matte paper. 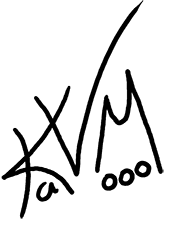