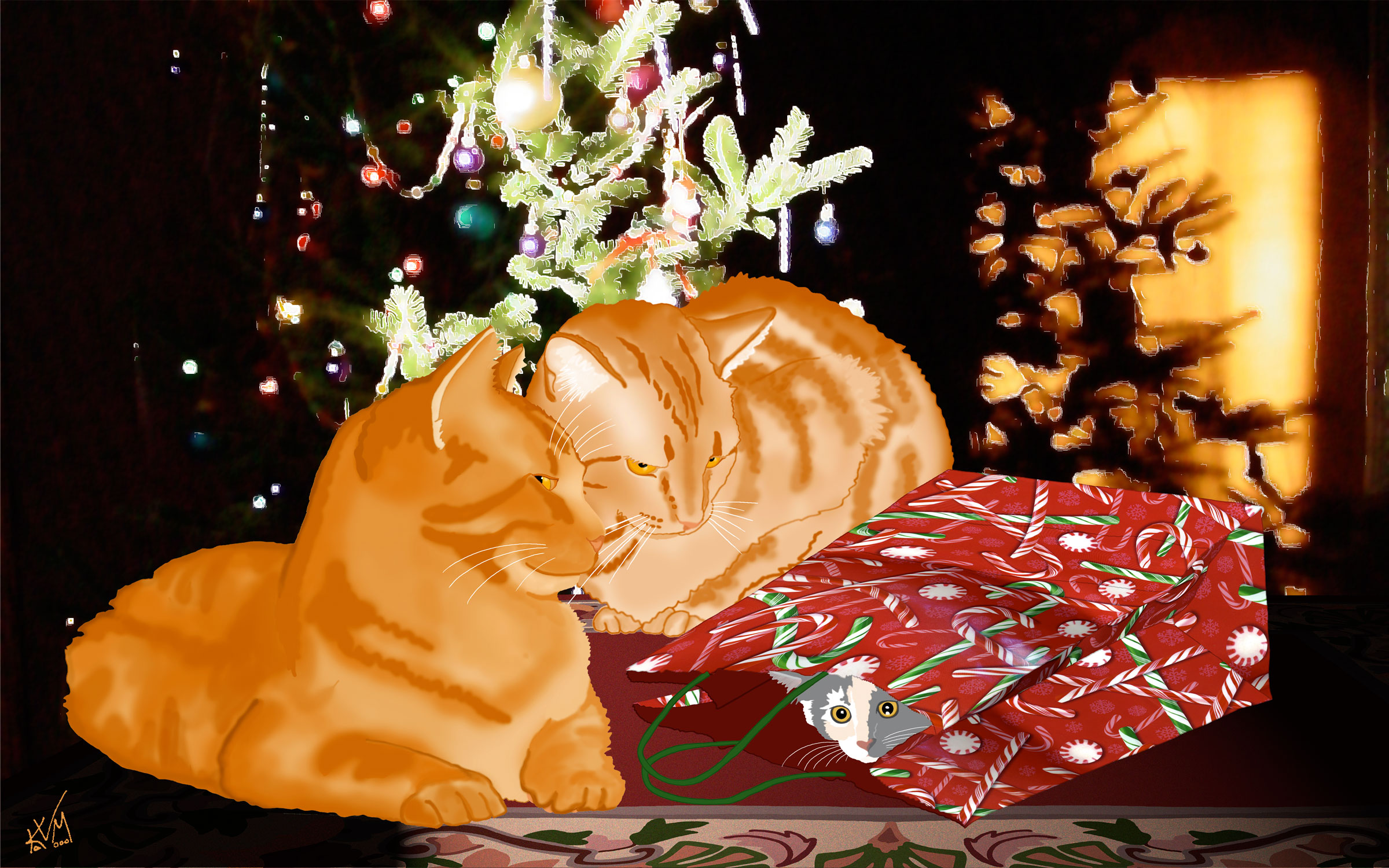 Our pets don’t live as long as we do. It is always so hard to see one go. They are not replaced in our hearts but space in the house needs to be filled. This card’s year was the year Gracie joined our family. Since we had a George, I thought her name should be Gracie. In case you are not old enough to remember, there was a comedian named George Allen. He and his wife Gracie had a comedy show. He played the straight man. She was so ditzy – or was she? At the end of the show he would always say, “Say goodnight Gracie”.

Cards & Prints, Christmas
ChristmasMay All Your Holidays Be Green (144)
ChristmasAnticipation (177)